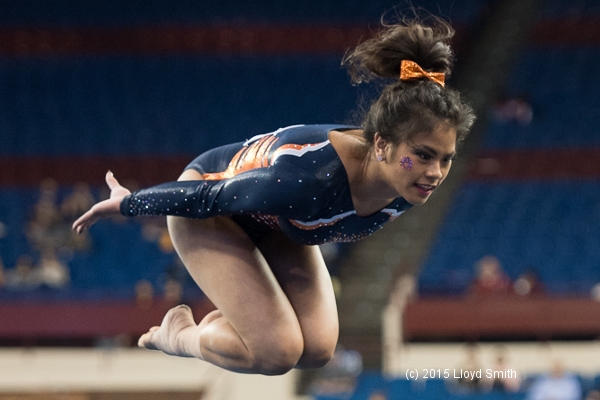 The 2-17 Capsule Previews for the Top 25 Women's Teams, as determined by the Preseason Coaches' Poll, are now available.  In each case, we have summarized the rosters and list of newcomers, and quickly summarized their prospects and challenges.  We're unveiling the first 12 today, and will follow up with teams ranked #13 to #25 shortly.

Every year, we take a look at the Top 25 teams, as ranked by the Coaches' Preseason Poll.  This year, we've expanded the format with a slightly more in-depth look at each squad.

OU leads the pack in 2017, with a total of six different teams receiving votes for #1 during the Preseason poll.  A clear set of six teams are the favorites for the Super Six this season, and potentially all have a shot at a National title.  The Coaches' also had divergent views in the Top 25, separating teams ranked #14 to 18 by just 43 votes.  In fact, last season, this proved to be the case, with a large number of teams in close contetion for a spot at Nationals, resulting in a wide open field at Regionals.  The Coaches' poll relies heavily on the past RQS and National finishes, and yet we always find that some team (or teams) unexpectedly rise into contention.  For example, last season Minnesota finished 12th while they were ranked just 20th in the Preseason.  Cal finished #7 after earning a #14 Preseason Ranking.  Washington finished #18 after being ranked #30 in the preseason while EMU finished #17 after not even making the top 36.  We expect the same this season, and somes team will emerge and rise up and beyond the Preseason expectations.

We're in year two of the rule changes, and teams have had more time to adapt.  A year after the Layout Yurchenko Full has been devalued to a 9.95, we're seeing more 10.0 start value vaults being trained.  (Fewer teams are also showing Yurchenko 1/2 to Front Layouts aka Yurchenko Arabian aka the Hristakaeva).  Team are also finding ways to adapt to the rule changes on UB and FX, with new ways to meet the "up to the level" requirements on those events.  Because the rules hold for two year with only minor updates, you can expect to see some record team scores posted this season.

Here's the first part of our Season Preview Capsules.