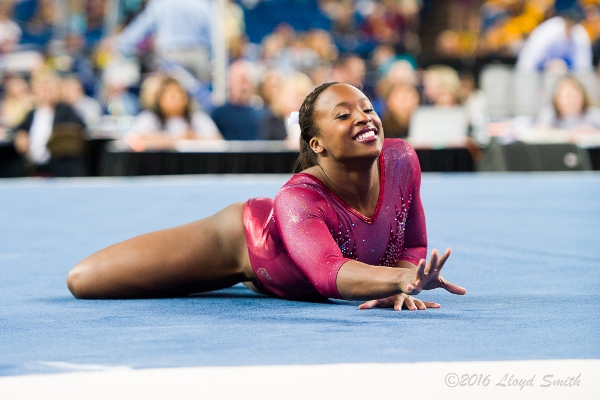 It's the final week of the season, with just the Conference Championships remaining.  Just 38 teams remain in the running for one of 36 seeds at the Regional Meets.  An intense race is also under way for one of the Top 18 seeds, which will determine the composition of the Regional fields.

Each of the squads has a Regional Qualifying Score (or RQS), which is calculated by taking the team's top three AWAY meet scores and their next three highest scores.  The high score is tossed and the remaining five are averages.  Thus, at this point in the season, the team's maximum score is determined by the top five scores they've received to date.

Here's how the teams stack up.  Each team's RQS is listed and then their lowest rank and highest rank possible after this weekend.  Regional hosts have a * next to their name.  Teams in BOLD have secured their spot in Regionals.  Teams in italics have secured a Top 18 seed.  20 teams are still in play for a Top 18 Seed, and that 38 teams are in play for the Top 36 qualification spot.

Keep an eye for the final position of hosts Florida, Nebraska, and Washington.   Each are Regional Hosts and each is locked into the Top 18.  The Top 18 will be seeded in the Regional into "trios" of 1-12-13, 2-11-14, 3-10-15, 4-9-16, 5-8-17, and 6-7-18.  A host in those "trios" will anchor those teams to that Regional site.  If two hosts are in the same "trio", then the committee will break them up, with the preference granted to the higher ranked team.  Florida/Nebraska and Florida/Washington could easily land in the same "trio" and could produce some unpredictable Regional assignments.  Also, if the Committee finds that too many teams from the same Conference and Region are in the same Regional, can they choose to move non-seeded teams to reduce this concentration.  Such a situation could occur if UCLA, Oregon State and Washington end up in the same Regional.  Normally, Regional are completed by teams from the same Region or in close geographical proximity.  If by chance Cal and Stanford were be non-seeded teams, the Committee would likely send some of the teams to another Regional site.  This has happened in prior seasons.

Third Regional seeds that are hosts, especially in positions 13, 14 and 15, are considered to be "tough" regions.  This is the case with Nebraska and Washington.  Host teams tend to perform better in their home gyms, due to the familiar building, familiar equipment, the home crowd and the lack of travel.  The extra confidence boost of competing in a home gym also sometimes impacts the team's performance.  However, this year, the #3 seeds will need to end on balance beam, while the #2 seeds will get to follow the Olympic order.  This random draw generally helps the #2 seeds in each Region.

Illinois also has a shot at a Regional hosting spot, with #18 within reach.  This often is an undesirable host seed, as you get paired with the #6 and #7 teams and must defeat one of them to advance.  Teams are sometimes better off when they stay at #19 or #20.

The Conference meets will be key to the final placement of 7 teams.  Teams that are carrying a low score in their average (and a high max score), like CMU, Minnesota, PSU and BYU, are at an advantage.  Conversely, teams with a low max (high) score are also at a disadvantage.  WMU can only move up to 36 and their fate is largely out of their hands.

Tweet
Published in Articles
More in this category: « Month Two: The Race Heats Up Regional Preview: Battle for St. Louis »
Login to post comments
back to top
(c) 2001-2020 CollegeGymFans.com